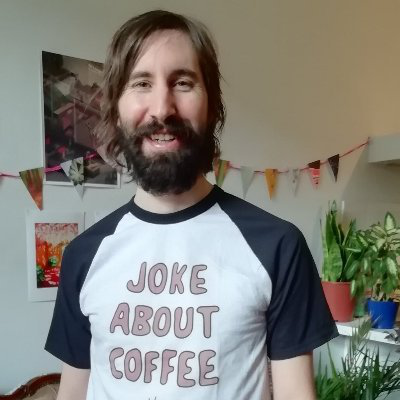 Hello!
I am a designer and programmer, primarily interested in interactivity, digital art, and computer-enabled experiences. If you're working on something weird, fun, thoughtful, or rebellious, I'd like to help you make that thing happen!

Game design and management school
Creation of a learning programme, recruitment of teachers, coaching and advice on academic projects

Video game studio
Creation of a prototype for a video game adaptation of the Blacksad visual novels
Story, cutscene, investigation and dialogue systems and mechanics
Story editing and asset integration tools
Custom shader set for a watercolour effect
The game was released in November 2019 as Blacksad: Under the Skin

Motion-based games built in collaboration with physical therapists to assist in functional rehabilitation
Web service configuration and software development
Prototypes and games intended for physical therapy and/or use in a hospital setting:
Zether, Plume, along with a dozen other prototypes
Plume is used in physical therapy sessions, a gameplay video is available on Youtube
Zether later went through reskinning and redesigns, and was also released in November 2018 on Steam for non-medical play

A narrative mobile game inspired by Indian mythology
Created fire and flare effects that are used throughout the game to indicate progression to the player, and add flourishes to the hand-animated characters and environments
Optimised elements for better performance on lower spec devices

Mobile WebGL multiplayer mini-game for the Very Very Short project by ARTE
Made in collaboration with Cosmografik
The player explores a shared world in a boat, they can meet other player's boats, and interact with the magical fauna and flora of a village pond
Built a set of procedural generators, for the world and fauna animations
Built a drop-in, drop-out "massively" multiplayer system

Virtual street march connected to a set of Change.org petitions
Each signature on the petitions becomes represented by a marcher who joins an ever-growing crowd
Built an API wrapper to enable secure and quick access to Change.org data
Built a Unity WebGL app that displays the results of the petitions as a large crowd of petitioners, each with a semi-random appearance and available to be interacted with to display the message the corresponding petitioner posted to Change.org

Large screen sliding block puzzle game for trade shows and other promotional events
Ported game code the company had purchased to work on the large touch screen technology they intended to use, and created tools for the art team to integrate new assets